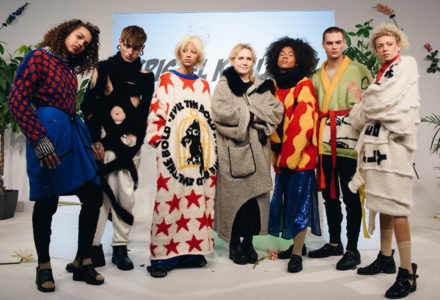 as one of the winners of the prestegious fashion scout london’s ones to watch award, kristel kuslapuu’s new collection hero was launched during london fashion week on february 18th in a form of a presentation. the collection featured 6 looks of hand-knitted items that through different slogans and forms, portrayed inconvenient yet relevant topics from our society.

every season fashion scout london showcases four talented designers selected from a lengthy list of applicants globally in a collaborative showcase, ones to watch, that takes place during london fashion week.

kristel kuslapuu is a fashion designer who created her eponymous brand in 2011. she has taken part in numerous fashion shows and she has received international praise for her work, which has been featured in vogue italia and one magazine. kristel kuslapuu comes with a tailoring school background, but she is better known as a knitwear designer who gets inspired by clichés and irony. during her studies, kristel had an internship with back, one of sweden’s most prominent designer brands. kristel kuslapuu is a full-blown maximalist whose designs are known for bold colors, gender fluidity and provocative messages, while the fashion shows are better described as a theatrical or a performance art rather than just a fashion show. 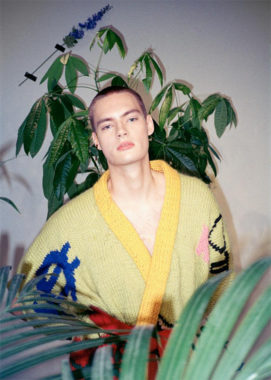 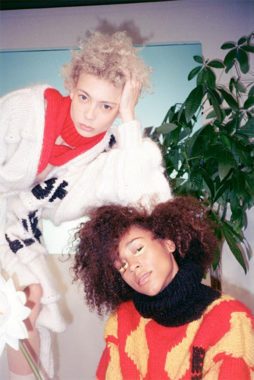